Demystifying police work is needed to increase public support for major reforms, argues U of A sociologist 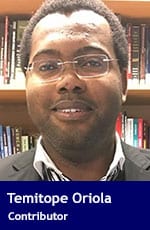 Two contrasting perspectives have emerged in response to recent calls to “defund” police.

One perspective – espoused by some activists on the political left – holds that policing is fatally broken, can’t be fixed through any reforms and ought to be cancelled outright through financial asphyxiation.

The second perspective argues that policing takes an outsized and unnecessary share of government budgets, and organizes around reassigning cuts in police budgets to social welfare services.

This latter perspective recognizes that in many police jurisdictions – particularly in the United States and Canada – a growing number of calls for emergency services relate to psychotic episodes, suicides, alcoholism, homelessness and other welfare-related checks.

Police responses to these issues tend to produce devastating consequences: an earlier CBC investigation found that “70 per cent of the people who died in police encounters struggled with mental health issues, substance abuse or both.”

Public support for defunding police has been minimal despite the fact that police officers often spend a large part of their time on issues they’re not suited to and that occasionally result in troubled citizens carted away in body bags. This is fascinating, given the swift decision to defund and reimagine policing in some jurisdictions, like Minneapolis, where George Floyd died at the hands of police.

A Pew Research Center survey conducted during global protests against police brutality finds that “73 per cent majority say that spending on their local police should stay about the same as it is now (42 per cent) or be increased from its current level (31 per cent).” There were racial disparities among the 4,708 adults surveyed: only 42 per cent of Black adults and 21 per cent of whites support reducing spending on police in their areas. People aged 50 and above were less likely to support reducing police funding.

Why is there limited public support for defunding police despite widespread activism?

The answer partly lies in the failure to demystify police.

Demystification is a deliberate attempt to make policing – an enigmatic and esoteric institution – into something more mundane. Through demystification, policing becomes ordinary and open to objective critique, which may assist in efforts to reimagine and defund police.

The non-response or negative institutional reactions to calls for defunding the police will continue until police and policing are demystified. The image of police as the defenders of social order, assuming tremendous existential risks on behalf of society, has not been challenged.

And in Canada, police powers have increased in at least two provinces – Alberta and Saskatchewan – while some cities have adopted merely symbolic budget cuts.

The nature of the task

Police do not control crime. The myth that they do is an established fact and yet, police organizations soldier on. What can be reasonably expected of police is to keep crime to a level where social life can proceed with minimal unpredictability.

Appearance of order is therefore the real task of policing, which has led to an accumulation of tremendous power over time. As the expression of state force and priorities, police officers maintain a level of power not accorded to elected officials. For instance, a mayor in a liberal democratic state caught slapping a constituent on cellphone video is unlikely to keep their seat. Yet two or more fully-armed police officers may beat a handcuffed citizen and go unpunished.

The police have become a quintessential “permanently failing organization,” focusing on survival rather than performance. As such, defunding the police threatens their livelihood and erodes policing’s accumulated legitimacy.

American sociologist Peter K. Manning observed over 40 years ago that “policing was a masterful costume drama, a presentation of ordering and mannered civility that was also dirty work.” Police occupational culture is full of ritualism and symbolism to enhance the social status of an institution, which largely requires Grade 12 level education and provides six months of training for new recruits in Canada and the U.S.

My collaborative research on the use of conducted energy weapons – Tasers – by police demonstrates that such accoutrements largely perform a symbolic function. The use of these weapons are more to bolster a police organization’s claim to being modern or progressive.

Besides, despite years of much-trumpeted “community policing,” most police departments have remained largely unchanged in their mode of operation. Community policing was adopted as a trend and to access additional funding.

The dramatization extends to the level of risk encountered by police officers. Policing is presented as an uber-risky occupation. It is. However, policing doesn’t come near the top of the most dangerous occupations in Canada and the U.S. Research shows that taxi drivers face far more risks than police officers. So do coal miners, long-haul truck drivers and timber cutters.

The exaggeration of policing risk portrays police officers as self-sacrificing, communitarian and selfless occupational specialists. The exaggeration of risk fosters occupational credibility, camaraderie and serves as a recruitment tool. It de-emphasizes the fact that policing in Canada and most parts of the U.S. is an incredibly well-paying occupation relative to qualification and length of training.

Rookie officers in Vancouver and Edmonton earn over $65,000 a year.

Maintaining an adversarial relationship with the public is an “occupational tenet” of policing, as Manning pointed out decades ago. This concerns relatively powerless segments of society – young people and minorities, particularly males.

The adversarial relationship is crucial as it presents incontrovertible evidence of breakdown of order. Evidence of looting, arson or other forms of violence during protests only advance the course of granting police more powers and funding. This is directly linked to government’s aversion to any sign of disorder in psychologically fragile societies.

Defunding police is unlikely to occur without public awareness of these issues. Defunding police can’t happen without curtailing the activities of police unions, which have become powerful “institutional sovereigns” concerned with maintaining legitimacy.

Policing needs to be treated like any other job to monitor performance and end human rights abuses. Entry requirements should be more stringent, with extremely patriotic and action-oriented prospective recruits encouraged to join the military. Policing allows for class mobility and should be reserved for professionally-inclined individuals who will treat citizens as clients rather than moral failures.

Demystification of police is necessary before any major reforms can occur, and requires understanding the realities of how the occupation legitimizes itself. There’s no contradiction in recognizing the significance of policing and holding police officers to standards routinely expected of other professionals in society.

Temitope Oriola is associate professor in the Department of Sociology at the University of Alberta.